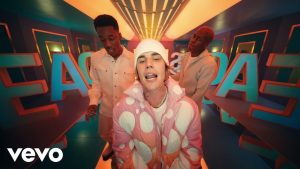 The Hot 100 has seen a shift in the top spot each of the last three weeks. Two weeks back Drake’s “What’s Next” held the top spot and this past week was held down by “Up” and Cardi B. This week, Bieber along with Daniel Caesar and Giveon take the top spot with “Peachers.”

This is the fourth No. 1 debut for Bieber, placing him behind Ariana Grande for the most all time.

You can hear “Peaches” below.

The post Justin Bieber’s “Peaches” Hits No. 1 on Billboard Hot 100 appeared first on The Source.