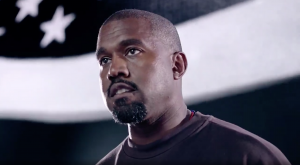 Kanye West was named songwriter of the year at the 2021 BMI Trailblazers of Gospel Music Awards.

The Hip Hop legend won the award for the songs “Hands On,” “On God” and “Selah.”

The songs appeared on his Grammy-award-winning ninth studio album, Jesus is King.

In Kanye related news, he was spotted wearing rare Nikes.

In the pictures, Ye is wearing a full facemask, a blue puffer jacket, and a pair of Nike Vandals. While they might not seem like much, the pair West had on is pretty hard to come by. The Nikes released back in 2015 as a promo item for the movie, Terminator Genisys. The pair was inspired by the shoe Kyle Reese wore in James Cameron’s 1984 sci-fi classic, The Terminator. The pair goes for about $500 on StockX, and over $1,000 on other sites. One pair was even going for more than $14,000.

The post Kanye West Wins Songwriter of the Year at 2021 BMI Trailblazers of Gospel Music Awards appeared first on The Source.