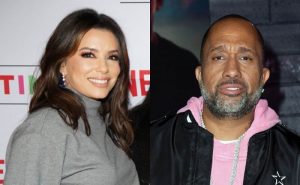 So black-sh is ceremoniously ending after their eighth season and mixed-ish was canceled, which begs the question, how is Kenya Barris’ super franchise resonating at the network. But that isn’t stopping Barris from developing brown-ish with Eva Longoria at ABC.

Still in the concept phase, brown-ish is in development, but “we haven’t rolled out the firm plans around that yet,” ABC and Hulu head Craig Erwich told Deadline Hollywood.

As for old-ish. “On old-ish, we have no current plans to make it as a pilot,” said Erwich.

Erwich added, “when we talk about the world of black-ish, there are so many different iterations that we are open to; it’s really up to Kenya who is the master and the captain of the franchise,”

The premise of old-ish would have followed “Ruby and Earl as they give love a second chance. When they move to a rapidly gentrifying neighborhood of L.A., they’ll meet characters who represent the old and new faces of the community as they try to make it work as a married couple. Again.”

Barris, of course wrote the script and would have executive produced with Fishburne, Anthony Anderson and E. Brian Dobbins. Lewis was going to be a producer.