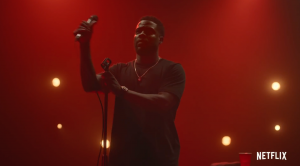 It’s safe to say that Kevin Hart is not a supporter of cancel culture.

The comedian did an interview with the Sunday Times and had this to say about the viral phenomenon: “Shut the f–k up!”

Hart thinks cancel culture is problematic because things that used to be “funny” or more culturally acceptable are now new grounds for cancellation.

Kevin pointed out that resurfaced old stand-ups or tweets can come back to “bite you in the ass.”

“If you allow it to have an effect on you, it will. Personally? That’s not how I operate,” Hart told the UK outlet. “I understand people are human. Everyone can change.”

The comedian has been a victim of cancel culture as recently as 2019 when he received backlash for homophobic comments. He stepped down from his role as the host and delivered a lengthy apology on social media.

Kevin Hart isn’t the only comedian who isn’t in support of cancel culture.

On the other hand, Katt Williams expressed that cancel culture is necessary.

Williams was asked “Where do you stand on comics’ ability to be comics without judgment and repercussions from cancel culture?” during a conversation on the Joe Budden podcast.

“Some of these things are for the benefit of everything,” the comedian responded. “Nobody likes the speed limit, but it’s necessary. Nobody likes the shoulder of the road, but it’s there for a reason. My point is, [people] weren’t all that extremely funny back when they could say whatever they wanted to say.”

What are your thoughts on cancel culture?

The post Kevin Hart on Cancel Culture: ‘Shut The F–k Up!’ appeared first on The Source.