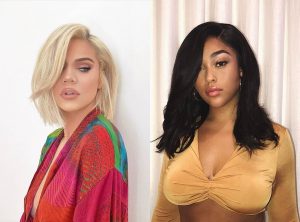 Khloe Kardashian spoke candidly about the aftermath of Tristan Thompson’s cheating scandal involving Jordyn Woods during the Keeping Up With The Kardashians reunion.

Khloe admits that they haven’t spoken since the fallout but said, “I think she’s doing really well in her personal life.”

“I don’t have any grudge against Jordyn,” she said. “I think people make mistakes, people live and they learn.”

She continued, “I have to forgive these people for me, and it’s up to them to forgive themselves and be accountable and learn and hopefully don’t repeat these same cycles.”

Khloe claims that she would be okay if her little sister, Kylie Jenner, rekindles with Jordyn.

“My sisters matter way more to me than any grudge or issue that I would have with another individual,” Khloé explained. “And, if I can allow Tristan back into my life, I need to allow the same forgiveness and acceptance of other people.”

But the beauty mogul clearly believes that blood is thicker than water.

The Kardashian-Jenner clan severed ties with the model when news broke that Jordyn Woods and Tristan Thompson kissed at a party.

Woods opened up about the situation during an appearance on the Red Table Talk with Jada Pinkett Smith, which spawned the infamous “I don’t need your situation quote.”

Woods says that the baller invited her and her friends to his house party and denied giving him a lap dance. But revealed that he imitated the kiss and she didn’t tell Khloe or Kylie afterwards.

The post Khloe Kardashian Says She Doesn’t ‘Have Any Grudge Against Jordyn’ on ‘KUWTK’ Reunion appeared first on The Source.