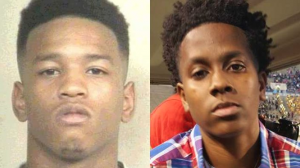 According to a confirmed report, the man who was convicted of shooting and killing Mississippi rapper Lil Lonnie was handed down a life sentence for his role in the 2018 murder.

Hinds County Circuit Judge Faye Peterson told Monya Davis that she took no pleasure in sending him to prison for the rest of his life. “Not only was one young man’s life taken, but your life was taken. It’s a very tragic circumstance to see two very young people lose their chance and opportunities,” she said. “What is most unfortunate and scary about this is it made no sense. You didn’t know each other. You hadn’t met each other. Just in a random, impulsive moment, someone lost their life.”

Davis’ two co-defendants, Marshun Carr and Antoine Carr, both have trials in September and November.

22-year-old Lil Lonnie was killed in a drive-by shooting in his hometown of Jackson, Mississippi. He is most recognized for his Zaytoven-produced track RoadRunnin”.

The post Killer Of Mississippi Rapper Lil Lonnie Gets Life Sentence appeared first on The Source.