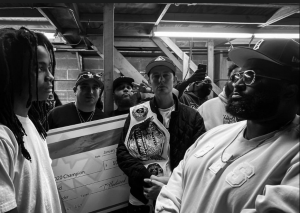 Ready to bring the heat in person for the first time this year, the preeminent international battle rap league King of the Dot(KOTD) returns with a very special live event launch for its first-ever rap battle season (S1) on this Sunday, June 20th on a closed set in DTLA.

Bringing the craziest rhyme heat to the stage, top-ranked battle rappers across America will go head-to-head to advance beyond their division into the sudden-death playoff rounds. This time around, the top four competitors from each division will move into the S1 playoffs, beginning in November.

Access to this exclusive closed set will feature an up-close experience with the battles that will be streamed on Twitch. Not only will it be free for millions of fans around the world, but each fan will also help decide the winners with their votes and participation.

The post King Of The Dot Kicks Off First Battle Of The Season In DTLA This Weekend appeared first on The Source.