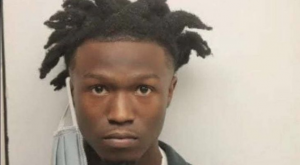 It has been a while since Quando Rondo affiliate Lul Tim was mentioned in the news; specifically after he was bailed of Fulton County Jail following the shooting death of King Von in Atlanta. Now, Tim has released a clip of his latest visual offering titled “Off The List”.

The clip is very short, but shows Tim, whose real name is Timothy Leeks, holding a shovel and smoking while surrounded by his crew. Rondo doesn’t appear in the snippet and ends as Tim begins his verse.

Tim was released on $100K bond after the death of King Von and Quando responded to his release in an interview with Angela Yee, saying, “I’m with my day one, my main man. I could do this. One thing about it, he gon protect me with anything, which anybody should do.”