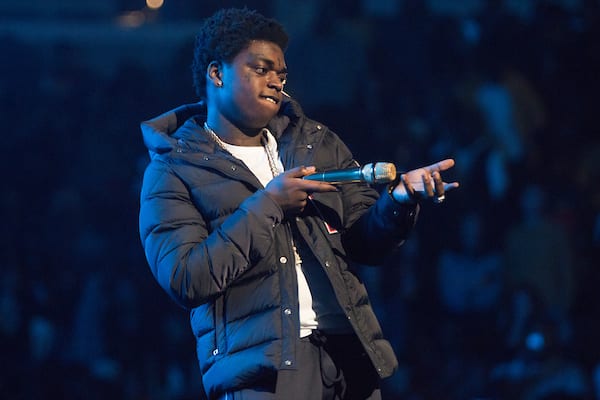 It doesn’t seem as though Kodak Black is “Feelin’ Peachy” right now. The Florida native and his sniper gang artist Jackboy seem to be on bad terms right now following some cryptic posts from Kodak Black.

Some may call it a slap in the face. Recently, Jackboy went on his Instagram live and let fans know that he will not participate in slandering Kodak Black’s name because that is his brother. He also stated that he would rather have an in-person conversation than do the social media back and forth. “Nah, that’s my brother at the end of the day,” Jackboy began. “Hey, see your number, unblock me off Instagram, see your number, and I can holla at you. All that other sh*t… Everybody know like, as far as Day Ones, Jackboy a real ass n*gga. So, I’m not gonna go in detail or explain sh*t to nobody. I don’t care. I do not care about Instagram that much.”

Well, it doesn’t seem like Kodak feels the same way. In a post to his Instagram, the 24-year-old rapper posted himself throwing $100K overboard while on a late-night boat ride. “I Broke You Off When Dem Fuck N***as Wouldn’t Give You A Dime,” Yak wrote in his caption. “I Ain’t Owe You Shit N***a I Just Wanted To See You Shine !!! Yeen Never Gave Me Shit N***a I Had My Own Grind !!!!”

In another post seemingly towards Jackboy, Kodak poses behind stacks of cash with the caption, “I Was Too Busy Showin Love I Ain’t See Da Signs , When You Needed Me Pussy I Came Thru Everytime , Whether You Was Right Or Wrong Fuck N***a I Was Riding …. But You Envied Me N***a In Da Back Of Yo Mind.”

While the posts are not directly targeted to Jackboy, fans have reason to believe the posts are meant for the sniper gang signee. Fans were upset that the rapper would throw $100K overboard, but Yak clearly proved that money ain’t the issue after flushing $1K down the toilet the following morning. Check out the videos here and here.