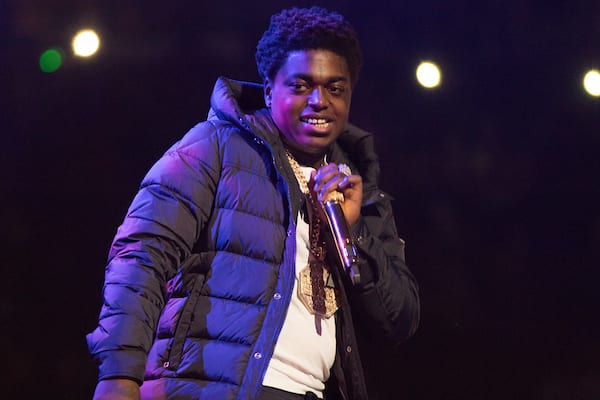 Kodak Black has been using his social media to get some things off of his chest. This time, the Florida native has come forth on Twitter to share that he believes he ignited Grammy award-winning, Megan Thee Stallion’s career, with his 2019 catchphrase, “Drive the boat.”

In Meg’s appearance on ABC’s daytime talk show Strahan, Sara, and Keke, Meg didn’t seem to deny the claims that she is the originator of the catchphrase while playing a trivia game. When Kodak caught wind of the clip he called the star out before saying, “I really wanna go bad on lil one, but I’m keeping this sh*t pretty,” he penned while behind bars.

Now that the rapper is out and has more time on his hands, Kodak is still looking for his credit from the Houston hottie.

“‘You Know What, Ima Pull Up On Jit Wit Bout 200 Bands Or Sumn Since I Raned Off Wit Da Man Quote Got Rich Off It & Ain’t Mention Em Nan Time,’” he wrote suggesting that Meg should be the author behind this tweet. “Who Shoulda Said Dat Twitter?”

“I’m Lit I Ain’t Old & Washed Up Somewhere Hating On Young N*ggas I’m Jus Over Here Counting This Money But Still Pointing Dat Sh*t Out Y’all B On D*ck!!!”

“Make a whole career off of taking one Lil piece of my sht & I B Coming For My Money. Baby ain’t have to go out her way to give my credit but the opportunity came to her instead when they asked that question on tv smh and they be on some Black Lives Matter sht y’all don’t even be fa this sh*t fr.”

“Especially Since He Just Getting Outta Prison And Black Lives Matter So Let Me Pay A Lil Homage To Dude Throw It Back On Em Or Sumn. Or You Know What Ima Just Let Him Drive My Boat & Call It Even,” he continued.

Meg has yet to respond to Kodak Black. Do you feel the “No Flocka” rapper should let it go? Or does he have a point?