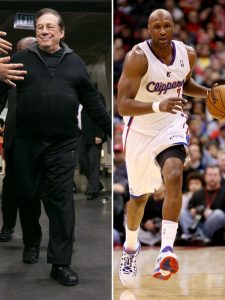 Lamar Odums discussed his early beginnings as a professional basketball player in one of his recent interviews. He discussed being picked 4th during an NBA draft when he was 19 years old, where he was drafted to the Clippers.  He shared during the interview that he wished he was drafted 5th, so he was able to learn from basketball players like Kevin Garnett instead on living in LA, drinking and partying. He then shared his experience with the owner of the Clippers at the time, Donald Sterling.

Lamar Odums shared about Donald Sterling, “He used to come in our locker room and be gawking. He used to say how handsome the players were. Just wild shit. His whole approach was different and weird. No disrespect to him.” He then shared, “I was making 2-3 million a year. Over 3 years, you make 12 million. My head was screwed on straight back then.” He later expressed that he wished he was drafted to a different team at the start of his career because he could have been a better player, comrade and support to his team.