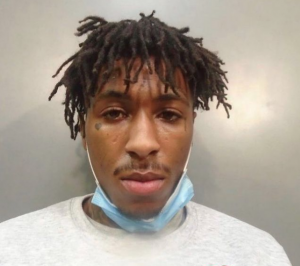 After his well-publicized arrest by federal authorities, Louisiana rapper NBA Young Boy’s most recent picture after his March 22 detainment has made its way to the blogosphere.

The Baton Rouge rapper, whose real name is Kentrell Gaulden, was ordered to remain n jail by a judge who said that YoungBoy’s reckless behavior, including the current drugs and weapons charges, could possibly endanger the community.

Gaulden is currently being held in the St. Martin Parish Jail on a federal hold from the U.S. Marshals Service.

The post Latest Photo Of NBA Youngboy Behind Bars Surfaces appeared first on The Source.