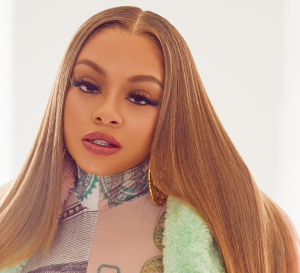 Latto, formerly known as Mulatto has officially announced her name change and the release of her music video to her single, “The Biggest” on Friday, May 21st.

Although the news of her newest single and name change has released, Latto shared with fans on Twitter that she didn’t get to promote the song as she would as liked to, and also mentioned that she wasn’t behind promoting the song herself due to a health scare that landed the rapper in the hospital.

“Y’all don’t even know I been in the ER & wasn’t able to promote ‘The Biggest’ myself but I’m feeling better & seeing all the support feels amazing,” she posted on Twitter. “Thanks for hearing me out and accepting my apology!”

One Twitter fan responded to the comment suggesting that Latto is trying to cover up cosmetic surgery. “This always the cover up it’s never “I was on the table getting more surgery” lol but go off ER,” the person commented.

“I actually was in the ER for a serious health scare.. I’m open about my surgeries this had nothing to do w that,” Latto responded.

What do you think about the rapper’s newest single?

The post Latto Shares Health Scare With Fans That Led Her to ER appeared first on The Source.