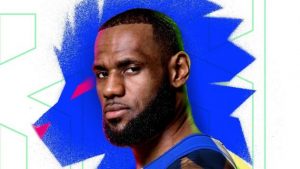 James will be the face of the new Mountain Dew’s Rise Energy drink as part of a larger endorsement deal that will include other brands across PepsiCo’s food and beverage lineup, as well as social justice endeavors, the company confirmed on Wednesday.

This partnership seemed destined to happen, especially since PepsiCo replaced Coca-Cola as the official food and beverage partner of the NBA and WNBA back in 2015.

“As energy beverages evolve to provide even more functional benefits, we’re excited to introduce the new Mtn Dew Rise Energy for those looking for a morning boost with enhanced mental clarity and immune support that helps you conquer the morning to conquer the day,” Fabiola Torres, PepsiCo’s chief marketing officer and senior VP for its energy category, said in a statement. “LeBron is the epitome of motivation and has achieved legendary status by seizing every morning. He not only continues to excel on and off the court but has dedicated his life to help others rise as well.”

PepsiCo plans to use James’ voice to boost its community service efforts, especially those related to diversity. In its press release announcing the signing of James, PepsiCo stated the deal will “touch on numerous aspects of James’ wide-ranging work,” while referencing the company’s pledge last year to invest more than $400 million over five years in Black-owned businesses and in Black communities as well as to “increase Black representation at PepsiCo.”

James continues to build out his portfolio and showcase why he is more than just an athlete.

It’s estimated that James will eclipse $1 billion in career earnings before he retires from the NBA; his endorsements, production companies, and other endeavors showcase that James is well on his way towards being a billionaire.

The post LeBron James Leaves Coca-Cola For Partnership Deal With Pepsi appeared first on The Source.