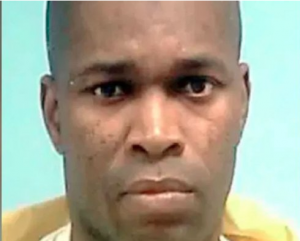 Despite marijuana legalization being at the top of the conversation list on Capitol Hill, there are thousands of men and women that are currently serving time for marijuana convictions. There are some who will never be released from prison, even with some states having legal recreational marijuana within the past few years.

According to the Associated Press, Allen Russell’s life sentence was recently upheld in Mississippi, which was related to a weed charge he was convicted of in 2019. Russell was arrested with less than eight ounces of marijuana, but more than an ounce, which sentence carries a maximum of up to three years, a $3,000 fine, or both in Mississippi.

In Mississippi, a life sentence without parole can be handed down if a person spent a year in prison on two separate felonies and one of those charges has to be a violent offense. Even though the marijuana charge is not considered a serious crime, Russell’s previous convictions for two home burglary charges and a weapons possession charge was enough to land Allen behind bars for the rest of his life as a “habitual offender”.

One of the judges who voted against the ruling is a Black woman who wrote that the decision to uphold Allen’s life sentence undermines the true duty of the court.

“The purpose of the criminal justice system is to punish those who break the law, deter them from making similar mistakes, and give them the opportunity to become productive members of society,” Mississippi Court of Appeals Judge Latrice Westbrooks wrote. “The fact that judges are not routinely given the ability to exercise discretion in sentencing all habitual offenders is completely at odds with this goal.”

The post Life Sentence For Man Convicted Of Weed Possession Upheld In Mississippi Court appeared first on The Source.