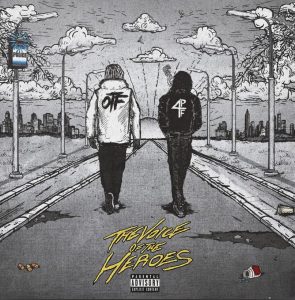 The Voices of the Heroes is really happening. Two of the hottest rappers on the planet, Lil Baby and Lil Durk, are forming a super duo an album set to drop this Friday.

After releasing the title track, Durk and Baby have reelased the full tracklist for the album. The release will be 18 tracks deep and brings in Travis Scott, Meek Mill, Young Thug and Rod Wave for assistance.

You can see the tracklist below and also tap in to the video for “Voice of the Heroes” below.

The post Lil Baby and Lil Durk’s Joint Album to Feature Travis Scott and More appeared first on The Source.