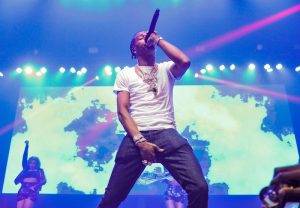 Post and Delete is fast but the Internet is faster. The controversial media star captured a post from Lil Baby that seemingly shared the release date for his collaborative album with Lil Durk.

“How does Voice of the Heroes dropping May 28 sound?” Lil Baby wrote.

Back in March, Lil Baby hinted at the idea of a joint effort with Durk. “Aye, y’all tell @LilDurk Let’s drop the tape fucc,” Baby wrote on Instagram in March.

A tease of the duo came in the release of the “Every Chance I Get” single bringing the two stars to the screen together. You can see that video below.

The post Lil Baby Post and Deletes Release Date for Joint Album with Lil Durk appeared first on The Source.