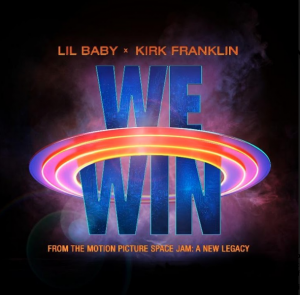 Gearing up for the slam dunk movie event of the summer, “Space Jam: A New Legacy,” Republic Records and Warner Bros. Pictures proudly present the Space Jam: A New Legacy Official Soundtrack, arriving in stores and at all digital retailers on July 9, 2021.The mega-anticipated animated/live-action film opens in theaters across the U.S. and on HBO Max on Friday July 16th. The film will be available on HBO Max for 31 days from theatrical release.

On Wednesday this week, LeBron James shared the track on game day to his over 85 million Instagram followers and had fans buzzing over the arrival of the song.