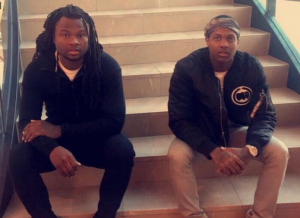 Just days after the release of Lil Durk and Lil Baby’s Voice Of The Heroes project, it has been confirmed that Dontay Banks Jr., the younger brother of Lil Durk, was shot and killed outside of a nightclub in Chicago.

Banks, who was also known as “DThang”, was shot outside of Club O in Harvey, Illinois. Very few details have been released about Banks’ death, however, many have taken to social media to express their grief and condolences to Durk and the OTF family.

The post Lil Durk’s Brother Shot And Killed Outside Chicago Club appeared first on The Source.