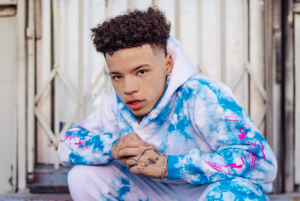 According to a report from TMZ, a warrant has been issued for Lil Mosey, who has been charged with second degree rape in Washngton.

Mosey, whose real name is Lathan Echols, failed to appear at a court hearing earlier this week for an incident that allegedly occurred in January, where two women claimed they were raped by the “Pull Up” rapper and his friend in a cabin.

One of the victims admitted to having sex with Mosey in a vehicle, but says that she blacked out from drinking by the time she reached the cabin. She claims she blacked out twice and each time she was being raped by the one of the two men.

The victim claims to have several injuries to her legs, knee and arms. Oe of the victims also claims that she received a text message from someone else who stayed at the cabin saying they overheard the two men talking about “training two girls.”