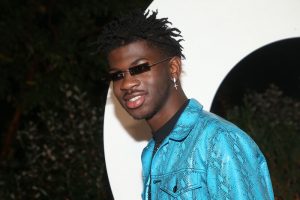 Lil Nas X revealed his sexuality to fans in 2019 shortly after the release of his hit single, “Old Town Road” on World Pride Day. When Bobby Lytes isn’t chasing him down, Lil Nas X has a little more time to think about who he’s interested in, in his dating life. The 22-year-old singer let his fans in on who he would date if he were straight in a recent upload to TikTok.

The list included familiar faces such as Billie Eilish, SZA, FloMilli, Quenlin Blackwell, and more. While the video was intended for fans to get a scoop of Lil Nas’s taste for women, some fans weren’t too happy about the video, believing that the post was for clout purposes. Others believed that the video could be some sort of reveal that the singer is bisexual.

The Grammy award-winning singer has never spoken about being bisexual in the past. Since the backlash began, Lil Nas X has taken the video down, without any further say. What do you think about Lil Nas X’s taste in queens?