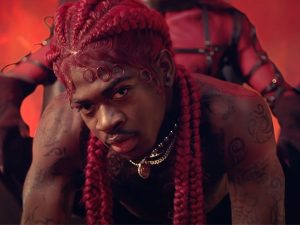 All of the hate and aggression sent toward Lil Nas X and his single “Montero (Call Me by Your Name)” could not stop the success. Billboard has dubbed the single as No. 1 on the Hot 100 for this week.

The single is now the second No. 1 for Lil Nas X, of course following the historic run of “Old Town Road.”

The single bumps Justin Bieber’s “Peaches,” which features Giveon and Daniel Caesar. Bieber also fell from the top spot of the Billboard 200 as Rod Wave’s SoulFly made a No. 1 debut.

If you have missed the “Montero” video you can see it below and read about the outrage here.

The post Lil Nas X’s “Montero” Takes No.1 on Billboard appeared first on The Source.