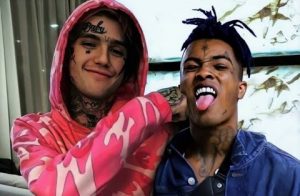 Lil Peep and XXXTentacion are being sued by a singer-songwriter who claims the two late artists copied his song for their 2018 posthumous joint song “Falling Down.”

Officials say Richard Jaden Hoff filed a copyright infringement lawsuit against the late rhymers, claiming that the duo’s production team stole the guitar riff from his song “Under My Breath.”

According to reports, Hoff believes his guitar riff was sped up, filtered, looped and equalized but the riff still sounds similar despite being altered.

Hoff is not suing either estates but is seeking an injunction on the song and monetary damages for the infringement as permitted by law. He also wants the defendants to cover his legal fees.

21-year-old Lil Peep was found dead on his tour bus November 15, 2017. Evidence suggested that the rapper suffered from an accidental overdose.

No comments have been made from the labels.

The post Lil Peep and XXXTentacion Sued For Copyright Infringement appeared first on The Source.