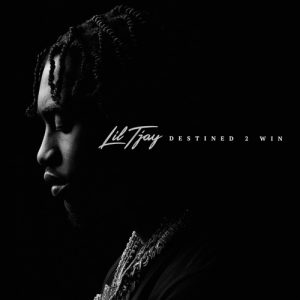 Lil TJay stated his new album, Destined 2 Win, will be the best album of 2021. With a huge target placed on his new album, TJay has officially released all 21 tracks bringing in Saweetie, Toosii, Offset, Moneybagg Yo, and more on the features.

“The reason I named the album Destined 2 Win cause I always felt like I had something in me that was going to be great. It’s just a body of work to highlight my accomplishments,” says Lil Tjay.  “I’m still trying to figure out my lane. Whatever happened in my life is what got me here. If I didn’t go through some of these experiences then I probably wouldn’t be myself. There’s always obstacles, I’m pretty sure there’s going to be more obstacles and I just know I’m going to be able to fight through it. You know? Destined 2 Win.”

The album was introduced by the singles “Headshot,” featuring Polo G and Fivio Foreign and the solo single “Born 2 Be Great.”

“My second album ‘Destined 2 Win’ is dropping on 4/2 !!,” Lil Tjay wrote on Instagram. “I just wanna say thank ya for being patient with me. I wanted to give ya the best body of work I can.”

You can hear the album in full below.