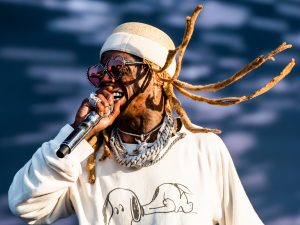 Lil Wayne is officially a married man. HipHopDX notes Weezy F Baby has noted that he is now married to his girlfriend Denise Bidot.

“Happiest man alive!” Wayne wrote. “Today is the beginning of our forever. Forever?? Forever, ever?? FOREVER EVER!!! The Carters.”

Last year, rumors swirled citing Bidot broke up with Weezy F Baby after he endorsed Donald Trump for president. But the model took to Twitter to shut down the claims. “I did NOT. This is absolutely false,” she said in a since-deleted tweet response to Love B. Scott’s report.

The post Lil Wayne Hints on Twitter That He is a Married Man appeared first on The Source.