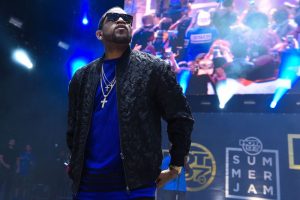 It has been over a decade since Lloyd Banks has delivered a new album. This Friday, June 4, the former G-Unit star will deliver The Course Of The Inevitable. The album is set to bring in Ransom, Benny The Butcher, and some additional spitters, but today, Banks let loose the production list.

“If you’ve been following the movement..you know I’ve always worked with new producers,” Banks told fans on Twitter. “Gotta give the young and hungry the opportunity as well!”

The new project will bring in The Olympicks, Alpha Betic, Illatracks, Phil Jvckson, 2wo 4our and more.

The post Lloyd Banks Gives a Nod to the Producers of ‘The Course Of The Inevitable’ appeared first on The Source.