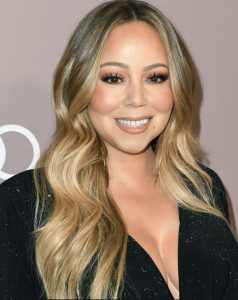 Throughout the years’ artists have used samples of different songs for their own music. While some musicians may find this as a form of flattery, others like their classics to go untouched. Most recently, Mariah Carey responded to her hit song Shake It Off being sampled by rapper YTK.

On Friday, May 7, RNB Radar CEO Tommy Banks posted a snippet of Baltimore rapper YTK’s new track “Let It Off” on Twitter. The song just so happened to sample Carey’s 2005 hit “Shake It Off”. Prompting Banks to caption the tweet

“Mariah Carey has 24 hours to respond.”

“How about y’all have 24 hours to respond to my lawyers” tweeted Carey.

As Mariah’s Twitter post began to gain traction on social media, the rapper quoted her tweet with a video. In the video, he is heard saying “Lawyer? Okay.”

The now-viral tweets appeared to have Twitter users in an uproar, but it appears that the exchange may have been a joke. “Hey I want to reiterate that Mariah was joking, please stop saying rude s*** to her,” RNB Radar tweeted with a screenshot of what seems to be a DM with Questlove about clearing the sample. “She told that same joke to Quest Love hours before she responded to the tweet and put us in contact with the people who can help us clear it! so it’s not a problem on her end.”

“I’m DYIN. I helped w the Mariah sample cause 11 years ago we were in the same situation in which Erykah has 24 hours to clear ‘Gone Baby Don’t Be Long’ w Paul McCartney & Lenny Kravitz saw the tweet & hit up Stella to hit her pops & the song was saved! #PayItForward” wrote The Roots drummer.

The post Mariah Carey Reacts to Rapper YTK’s Sample Of Her Song Shake It Off appeared first on The Source.