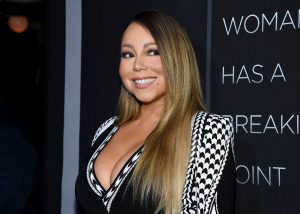 Baltimore rapper, YTK may have just felt his heart drop after seemingly not receiving approval from Mariah Carey. The Baltimore singer released a remix to the popular hit single “Shake it Off” titled “Let it Off.” The song comes with a completely different twist from Mariah’s version however the song is still catchy and cool.

Although it seemed to be all fun and games, social media users were taken aback when the singer responded “How about y’all have 24 hours to respond to my lawyers.”

Instantly people begin to defend the rapper for thinking Mariah was stuck in her diva ways, leading to Banks explaining that it was all just jokes. “Hey I want to reiterate that Mariah was joking, please stop saying rude sh*t to her,” Banks shared with a screenshot. “She told that same joke to Quest Love hours before she responded to the tweet and put us in contact with the people who can help us clear it! so it’s not a problem on her end.”

Quest Love later hopped in on the conversation and stated that he had a similar situation involving Erykah Badu in the past.”Im DYIN,” he began. “I helped w the Mariah sample cause 11 years ago we were in the same situation in which Erykah has 24 hours to clear ‘Gone Baby Don’t Be Long’ w Paul McCartney & Lenny Kravitz saw the tweet & hit up Stella to hit her pops & the song was saved!”

The good thing is that Mariah does approve of the sample, what do you think about the “Let it Off” single?

The post Mariah Carey Responds to Rising Artist’s “Shake it Off” Remix appeared first on The Source.