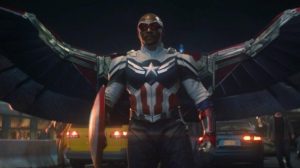 Fans of Marvel have a new Captain America. At the end of the Falcon and Winter Soldier series, SPOILER ALERT, Sam Wilson, played by Anthony Mackie, showed his new flight suit, took on the shield of his late friend Steve Rogers and gave the Marvel world it’s first Black Captain America.

The Hollywood Reporter reveals the Mackie version of Captain America will appear in the fourth film in the series and it will be led by Malcolm Spellman. Spellman will co-write the script with Dalan Musson, a staff writer on Falcon and the Winter Soldier. Currently, there is no director attached.