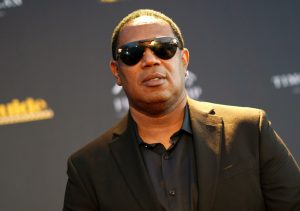 Master P now has an honorary doctorate under his belt.

The Hip Hop icon, born Percy Miller, received a doctorate degree from Lincoln University, which was the first degree-granting HBCU.

“I guess I got to change my name to, Dr. P. Miller,” he wrote. “From the projects to getting a Doctoral degree from @lincolnuniversityofpa. Don’t be afraid to change, grow and educate yourself. I did it! You can do it. #GODISGOOD #Nevertoolate #hbcu #NoLimit There is NO limit to your dreams #DRPMiller.”

Master P, who plans to own his own HBCU one day, was one of many notable figures who was honored with the doctorate degree.

Recent news has shed light on the fact that the majority of Historically Black Colleges and Universities were founded on land grants provided by the government. Realizing this has sparked motivation in Master P; where he is taking matters into his own hands to change the future.

Miller started his announcement by revealing he no longer has a desire to own an NBA team, and wants to prioritize education in the Black community.

“More women graduate from HBCU’s than any other university and I love that,” Master P wrote in the caption. “If we’re going to change the narrative, it has to start with the truth, education, and economic empowerment. I was shocked when I Googled who owned and founded HBCU’s. We can’t change the past but we can change the future by investing in the next generation.”

The post Master P is Honored With Doctorate Degree From Lincoln University appeared first on The Source.