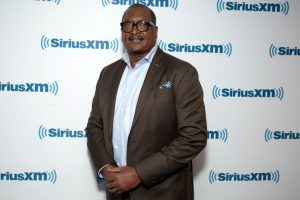 Mathew Knowles, the father of Beyonce, talks about Destiny’s Child musical, the pandemic’s impact on the group’s return, and more.

In an exclusive interview with theJasmineBRAND, business and music mogul Mathew Knowles opened up. He explains what it was like growing up in Alabama; and even reflects on how his two daughters were raised.

Many people know Mathew Knowles for being a mastermind and former manager for the group Destiny’s Child. In addition, he was also one of the executive producers of the 2009 movie Obsessed; which stars his oldest daughter Beyoncé.

During his virtual chat with theJasmineBRAND, the father also shared details on his latest podcast project.

According to Knowles, his podcast will center around discussing racism, health and wellness, entrepreneurship, and the music business. When speaking on racism within America he said,

“When we look at the first one, structural racism, that exists in America and I call it structural racism versus systemic because when you build a house you have to start with the foundation and then you put the electrical systems [and] the alarm system in. But you don’t start a house by putting the alarm system and the electrical system in. You build a foundation. Unfortunately, the foundation of America is slavery. [It’s] what it was built on.”

It seems that a huge inspiration for Knowles’ podcast was his own childhood; he was born in 1952 and raised in Gadsden, Alabama. Continuing on, he opens up about some of the racism he experienced growing up as a black man in the U.S. He explains that he’s been spit on and even electric-prided. “That’s what they hit cattle with,” he explains.

Furthermore, theJasmineBrand touches on the circulating rumors about Knowles planning to retire from the music industry. His response was that he’s “phasing out [and] phasing into film and TV.”

You can check out an interview clip down below and read the full exclusive here.

The post Mathew Knowles Clarifies Leaving Music Industry, Reveals Destiny’s Child Musical Is Back On appeared first on The Source.