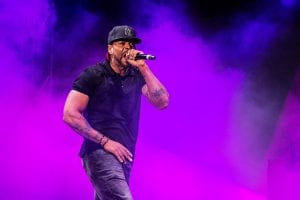 How High 3 will find its way back to Method Man. Variety reports Meth is teaming with Shuna Garr for a production company named Six AM, An Entertainment Co, which will bring the series back to the Wu-Tang member.

The original How High starred Method Man and Redman, however, the second one had no affiliation with the two legends at all, instead of bringing in DC Young Fly and Lil Yachty.

How High 3 was sold to Universal 1440 and the plan is to reunite Method Man and Redman for the film.

Recently, In a behind-the-scene social media sneak peek, Meth revealed his friend is joining him for an episode of Power Book II: Ghost.

“I am on the set of Ghost. Power Book II season 2 and guess who I’m shooting a scene with today? Y’all never guess,” said Meth. “That’s right, y’all. Funk Doc is on the scene with your brother.”

You can see the tease below. What role do you think Redman will have in the series?