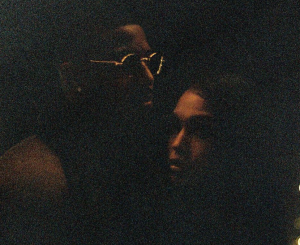 Michael B. Jordan and Lori Harvey’s relationship has been plagued with rumors that it’s a publicity stunt.

Michael B. Jordan shocked the world when he went public with his relationship with Lori Harvey. He has never publicly claimed anyone, meanwhile, the model has been connected to a few Hip Hop heavyweights.

In a recent interview with Men’s Health, the actor opened up about his decision to give up his private life and publicly love his lady.

“For all the success that I’ve had, there’s going to be negative reactions and opinions thrown at me. That just comes with it. When you’re younger, you’re just frustrated, but when you start to realize that this is what it is, you start to understand. I’m never going to make everybody happy,” he said.

The Creed star added, “People that know me know my heart. But people that know me for my work . . . they know what I allow them to know. The fact that I’ve been so closed off about a lot of parts of my life was a personal choice. As I’ve gotten older and a little more mature and comfortable in my own skin, I’ve become less concerned about it.”

Are you convinced or do you still believe that Michael B. Jordan is using Lori Harvey for a publicity stunt?

The post Michael B. Jordan Addresses Claims That His Relationship With Lori Harvey is a Publicity Stunt appeared first on The Source.