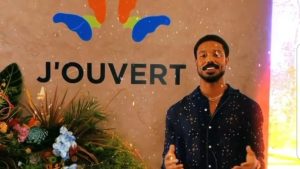 Michael B. Jordan received backlash from Nicki Minaj and other Caribbeans for his rum brand, J’ouvert, which many saw as cultural appropriation.

The Black Panther star took to his Instagram story to apologize for his ignorance.

“I just wanna say on behalf of myself & my partners, our intention was never to offend or hurt a culture(we love & respect) & hoped to celebrate & shine a positive light on,” Michael wrote. “Last few days has been a lot of listening. A lot of learning & engaging in countless community conversations…”

The 34-year-old continued saying that he plans to rename the brand. “We hear you,” he continued. “I hear you & want to be clear that we are in the process of renaming. We sincerely apologize & look forward to introducing a brand we can all be proud of.”

The backlash began after his girlfriend, Lori Harvey, posted a picture at the presumed launch party.

Fans caught wind of the name and began dragging Michael B. Jordan across the World Wide Web for his J’ouvert rum.

J’Ouvert is an overnight celebration of the emancipation of enslaved Africans in the Caribbean. It started in Trinidad and Tobago and began being celebrated across the Caribbean when other islands experienced emancipation.

Nicki was one of the people who urged the Creed actor to change his name while defending him.

“I’m sure MBJ didn’t intentionally do anything he thought Caribbean ppl would find offensive,” the rapper wrote. “but now that you are aware, change the name & continue to flourish & prosper.”