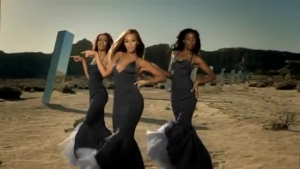 Michelle Williams is not here for the cancelling of “Cater 2 U.”

“Cater 2 U,” one of the biggest hits in the catalog of Destiny’s Child, was under fire on social media as it has been deemed a “slave song.”

In response to the effort of cancel culture, Williams hit social media to uphold the legacy of the single created by herself, Kelly Rowland and Beyonce.

“I just read y’all want to cancel the song ‘Cater 2 U’ by Destiny’s Child, oh honey, you didn’t discern who you were catering to and you gave your little pearls to swine, don’t be mad a Destiny’s Child,” Williams said online.

You can see the reactions to the single below.