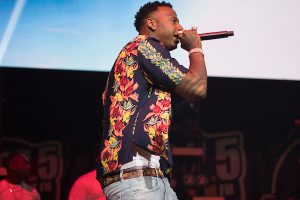 Moneybagg Yo has a new album dropping this Friday so if you haven’t booked him yet for a show, you might want to before that number goes up. The current rate to get the CMG rapper is 125K.

“Can’t believe I get 125K for a show,” MoneyBagg wrote on Twitter.

The new album will be 22 songs in length and is currently teased with the new release “GO.”

At the top of 2020 Yo dropped off his Time Served album, which became his first gold effort. This year he has enjoyed the success of “Time Today.”

You can see the announcement and the “GO” single below.

The post MoneyBagg Yo Marvels at Making $125K Per Show appeared first on The Source.