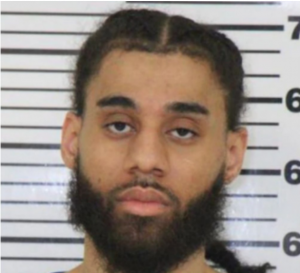 According to several confirmed reports, songwriter Justin Wright aka J. Wright was arrested on Monday and charged with first-degree murder of his 20-year-old girlfriend Wilanna Bibbs in Iowa.

The 31-year-old multi-platinum songwriter who has written songs for Future, Timbaland, 21 Savage, Rick Ross, DJ Khaled and others remains behind bars on a $500K cash-only bond. Wright also asked for a court appointed attorney and explained to the court he was broke and living in hotels since the pandemic.

The killing took place in Davenport, Iowa on Mother’s Day(May 9). Bibbs, a North Carolina resident, was pronounced dead at the scene.

“They were dating and Justin manipulated and controlled her, she was trying to leave,” a family member of Willanna Bibbs allegedly relayed to The Neighborhood Talk. “His mother bought her a ticket to come back to her son.”

Wright’s Camp Entertainment Worldwide was launched in 2011 and became one of the premier full-service entertainment companies in the industry. It was also reported that Wright was mentored by R. Kelly in the early stages of his career.