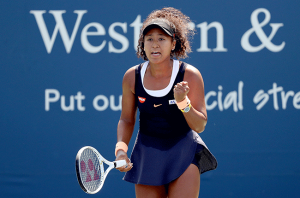 Naomi Osaka has reportedly withdrawn from Wimbledon. According to a statement released by her agent, she still has plans to compete in the Olympics.

“Naomi won’t be playing Wimbledon this year,” the statement read. “She is taking some personal time with friends and family. She will be ready for the Olympics and is excited to play in front of her home fans.”

According to All England Club chief executive Sally Bolton, Wimbledon organizers were in touch with the 23-year-old about the tournament’s media operations this year.

Last month, Osaka withdrew from the French Open before the second round in the wake of the controversy caused by her decision to skip press conferences ahead of the tournament, in hopes of preserving her mental health. In a social media post, the tennis player revealed that she had been dealing with anxiety and depression after winning the US Open in 2018.

ESPN reports, the four-time grand slam winner also pulled out of next week’s Berlin WTA 5000 grass-court tournament on Monday, raising doubts about her participation at Wimbledon, which is due to begin June 28.

The post Naomi Osaka Withdraws From Wimbledon appeared first on The Source.