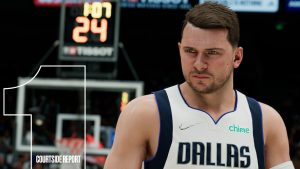 With the covers for NBA2K22 now available, NBA 2K has unveiled an initial look at the upcoming features for the previous- and new-generation versions of NBA 2K22, including new elements to gameplay, Seasons, MyTEAM, MyCAREER, The City, and the Neighborhood.

In gameplay, on-court gameplay movements will now allow players to have more control in how they score the ball, while also improving offensive moves and combos and also how to combat those moves on defense.

The season mode will now allow players to extend and enhance their hoop ambitions after the game’s launch and MyTEAM will give players more ways to build and compete with their own dream teams.

The all-net City will be the biggest online basketball community is getting a makeover, while MyCAREER will be a ground-breaking narrative experience.

You can learn more about what’s to come in the NBA 2K features preview.