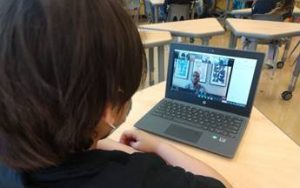 With the State Farm NBA Play-In Tournament underway, Chris Paul, NBA and State Farm have released a new commercial with the New York Liberty’s Sabrina Ionescu and CP3. In addition, the trio are working togehter to bring fans closer to the game in a number of ways.

Surprisingly Great Recaps on Broadcast and Social (5/19 – 5/22)
State Farm will also extend its campaign during the Play-In Tournament into game highlights. As a twist on the usual broadcasters that deliver them, State Farm is teaming up with UnitedMasters artists to produce in-game features and post-game recaps of each of the Play-In Tournament games through sampling the State Farm jingle in both the instrumental track and in lyrics, as well as framing NBA highlights through the lens of a “surprisingly great” storyline.

Another State Farm Commercial Spot Launch for NBA Playoffs (5/22)Following the Play-In Tournament, State Farm will be launching “Another State Farm Commercial” creative, with three alternate endings. The alternate endings will be released sequentially during the beginning of the Playoffs, as fans will watch the surprisingly great twist of Chris Paul turning into surprise items. This creative launch will also mark the introduction of New York Liberty guard Sabrina Ionescu to the State Farm family.

2020-21 State Farm Assist Tracker and New Curriculum
Additionally, during this exciting time for the NBA and State Farm, the work doesn’t end on the court. For the past six seasons, the NBA and State Farm are proud to have come together as part of the program, and on Tuesday, May 18 will launch a new, five-lesson experience for students and educators across the country in partnership with Learn Fresh, a non-profit that leverages students’ passions for sports and entertainment to inspire their STEM and social-emotional learning. The lessons introduce students to the real-life applications of STEAM topics, engages them to be better citizens in their schools and local communities, and encourages them to follow along with the State Farm Assist Tracker logs and league’s current assist total at stats.nba.com. The lessons include: