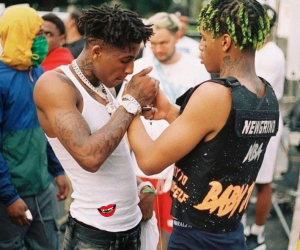 According to a report from Say Cheese TV, NBA YoungBoy affiliate Baby Joe was shot over the weekend in his hometown of Baton Rouge.

Around 10:30 on Saturday night, a car opened fire on another vehicle on Interstate I-10, injuring two people, including Joe. As of this writing, the extent of his injuries was not mentioned.

TheSource.com will update this story with more details as it develops.