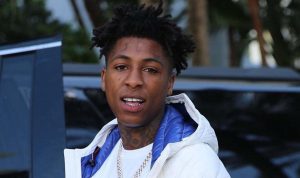 NBA YoungBoy is in federal custody. TMZ reports the rapper was transferred to FBI custody after the LAPD pulled him over. YoungBoy attempted to flee the scene but was tracked down.

LAPD and federal authorities attempted to pull over NBA YoungBoy on an outstanding federal warrant, leading to a pursuit before YoungBoy hopped out and attempted to run from officers. A K-9 unit assisted in finding YoungBoy.

Inside the car that YoungBoy abandoned was a firearm.

This story will be updated as more details become available.

The post NBA YoungBoy Arrested After Being Tracked by K9 Unit appeared first on The Source.