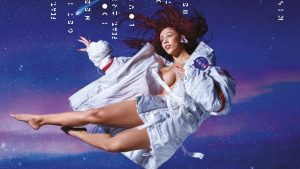 New music alert! It looks like Doja Cat is blessing us with more than just a single this month. The “Say So” rapper announced Wednesday, that she’s releasing an album at the end of June.

Titled Planet Her, the project is packed with 14 songs and 5 features. Artists included in the album are Young Thug, Ariana Grande, The Weeknd, JID, and SZA. The lp will be available on June 25.

This comes as no surprise since the rapper said she’d be dropping more than a single this month. Tuesday, June 8 Doja dropped a promo video for her upcoming single Need To Know, saying it would be available June 11.

Following this tweet, the rapper tweeted that she had more in store for her fans.

“Need to know isn’t even the next single is just some shit before the next more important single comes out for you to enjoy,” said Doja Cat.