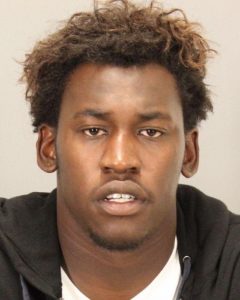 Aldon Smith played last season drama free and it appears that has now changed. A warrant has been issued for the arrest of Smith for an alleged second-degree battery that occurred in the New Orleans area on Saturday evening, St. Bernard Parish District Attorney Perry Nicosia confirmed.

According to the release, Smith — who signed with Seattle on Thursday — is the primary suspect in an incident that occurred sometime Saturday evening. Per the report, police at 7:30 p.m. CT responded to a medical call in Meraux, La. where the victim said he was assaulted by an “acquaintance” earlier that evening in the New Orleans suburb of Chalmette.

“We are aware of the reports regarding Aldon Smith. Aldon notified us and we are gathering more information. We have no further comment at this time,” the Seahawks said in a statement.

Smith was reinstated prior to last season and played in all 16 games for the Dallas Cowboys. He had five sacks and 50 QB pressures. He had been out of the NFL since 2015 prior to last year.

No further comment has been made by league officials. Everyone is monitoring the situation to see how everything plays out.