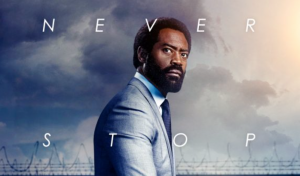 The television show For Life that was based on a true story, the life of Isaac Wright Jr. has been canceled from ABC network. According to Deadline the show was cancelled due to low ratings.

The star of the show, Nicholas Pinnock wrote a statement on Twitter following the news. “I am in no way bitter with ABC for not renewing For Life for a third season. ABC has been nothing but supportive of our show, and has championed it from the start. So I won’t have you bad-mouthing them. I can tell you firsthand how great they have been to me and to our show. Sadly, the live audience numbers didn’t reflect and equal the social media attention.”

“The catch-up numbers were really good, but that doesn’t fit the model of a network show as they’re not a streamer,” Pinnock explained.

In hopes of keeping the show alive, Sony Pictures TV is reportedly attempting to find the series a new home. “If we do manage to secure another home for [For Life] … I can promise you we will continue to make a show that is beyond worthy of your time and engagement,” Pinnock continued.

Check out more of what Pinnock had to say regarding further plans for the show below.