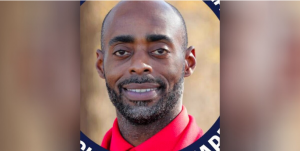 Reports out of North Carolina have confirmed that a high school basketball coach was shot and killed after he and his brother-in-law tried to rob a Mexican drug cartel of drugs and money.

Barney Harris and his brother-in-law Steven Stewart were allegedly following the movements of the Sinaloa New Generation Cartel in order to find their stash houses, which led them to attempt to rob one of the stash houses on April 8.

Harris, a basketball coach and Spanish teacher at the Union Academy Charter School in Monroe, NC, shot and killed 18-year-old cartel member Alonso Beltran Lara at the location before a shootout ensued with the rest of the cartel.

Harris was killed in one of the stash houses bedrooms, with his body found riddled with bullets. Harris was wearing a bulletproof vest, but the hyigh caliber rounds from the cartel’s weapons pierced Harris’ body armor, killing him.

The school where Harris coached basketball and taught Spanish initially had a page on the website in memoriam of him. However, that page has since been removed after the circumstances surrounding Harris’s death were revealed.