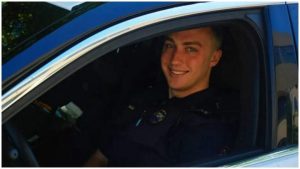 The officer who shot Jacob Blake seven times after responding to a domestic incident in Kenosha, Wisconsin last year has returned to active duty. The officer, Rusten Sheskey, was confirmed to be back patroling Kenosha by Police Chief Daniel Miskinis.

“Although this incident has been reviewed at multiple levels, I know that some will not be pleased with the outcome,” Miskinis said according to ABC 7. “However, given the facts, the only lawful and appropriate decision was made.”

The return to duty occurred on March 31. “Officer Sheskey was found to have been acting within policy and will not be subjected to discipline,” Miskinis added.

The post Officer Who Shot Jacob Blake Returns to Active Duty in Kenosha, Wisconsin appeared first on The Source.