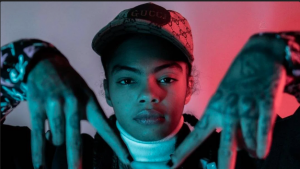 Boog, whose real name is Courtney Nicole Bruce, was shot and walked herself into Mount Carmel East Hospital yesterday where she died a short time later from her injuries. No suspects have been named in the shooting.

“I feel like I was listening to a superstar in the making when I heard her music,” DJ IQ, host of The Catch Up Show on Columbus’ iHeartmedia station 1067 The Beat. “She was a natural at what she did in Hip Hop and in life.”

Bruce was recently best known for her success on YouTube with the singles “Heart Away,” “Hot Topic” and “Risky”, all of which reached over 100K views in 2021. She was also reportedly prepping a project with Ohio native Trippie Redd at the time of her death.

Condolences go out to Boogs’ family and friends.

The post Ohio Rapper Boog The Bandit Shot And Killed At 27 appeared first on The Source.