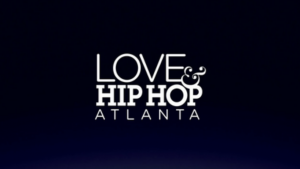 Love & Hip Hop Atlanta has officially announced its return date, after a hiatus due to the COVID-19 pandemic. The docuseries is set to hit TV screens on July 5th. In addition to the announcement, VH1 released the trailer for season 10, and from the looks of it, the cast is getting some new members. In a Twitter post announcing the franchise’s return, the official Love & Hip Hop page gave a sneak peek at the ladies on the show.

Among the LHHATL original cast members are rappers Yung Baby Tate, Renni Rucci, and Omeretta. Following the announcement, each woman shared the news on their social media pages.

“I Am… joining season 10 of @loveandhiphop ATLANTA this Summer! See u every Monday,” tweeted Yung Baby Tate.

The I Am rapper also tweeted a poll aksing fans if they think she fought on the show.

Emerging star Omeretta shared the season 10 trailer along with a cryptic caption on her Instagram page.

“This is about to be hilarious. y’all make sure y’all tune in to @loveandhiphop season 10 Big Rettà in this b!tch” wrote Omeretta.

When asked if the news of her joining the Love & Hip Hop ATL cast was true, the rapper replied “Yes”.

She also shared the trailer on her Instagram page.