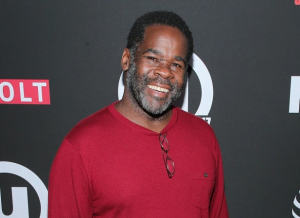 According to a report from Entertainment Weekly, actor and poet Craig “Mums” Grant aka “Mums Da Schemer”, who has been seen in several Spike Lee flicks and HBO’s award winning series Oz, passed away on Wednesday. Mums was 52 years old.

The Bronx native was a member of LAByrinth Theater Company in NYC, who announced his death.

On the acclaimed Oz, which ran from 1997 to 2003, Grant portrayed Arnold “Poet” Jackson, a heroin addict and prisoner who recites poetry for other inmates. On television, Grant appeared in series like Chappelle’s Show, The Sopranos, Boston Legal, The Knick, Horace and Pete, and Luke Cage. At the time of his death, Grant was shooting a recurring role on Starz’s Hightown and was set to wrap a recurring role on Tyler Perry’s BET+ show All the Queen’s Men.

Actors who’ve worked with Mums, poured out their condolences on social media after his passing was confirmed.